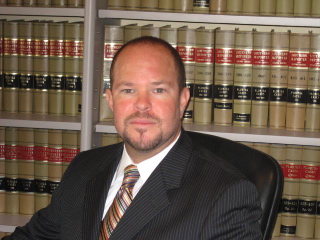 David Kotler, Esquire is a partner with the law firm of Schwartz, Gold, Cohen, Zakarin & Kotler, P.A. located in Boca Raton, Florida. Mr. Kotler is a litigation attorney who has tried numerous jury and bench trials as lead trial counsel. He currently represents individuals and corporations in general civil, complex commercial, personal injury, and medical malpractice cases within the civil realm. Mr. Kotler has individually obtained and/or participated in matters which have resulted in significant dollar awards to his clients, including awards over the one million-dollar mark. Finding it difficult to reject a client seeking his assistance with criminal matters, Mr. Kotler maintains an active criminal defense practice. His practice consists of the defense of individuals post charging as well as during the investigative stages of crimes. He has represented both individuals and corporations with subpoena and investigation compliance. Mr. Kotler is a graduate of Lafayette College in Easton, Pennsylvania. He earned his law degree from Widener University School of Law in Harrisburg, Pennsylvania. While attending Widener University in Harrisburg, he was inducted into the Trial Advocacy Honor Society and based on his trial skills, represented the school at the ABA National Criminal Justice Trial Competition. While in Harrisburg, the Capitol of Pennsylvania, Mr. Kotler worked for the Pennsylvania Attorney General’s Office, Criminal Law and Insurance Fraud Divisions. Mr. Kotler began his legal career in Florida representing the State of Florida as an assistant state attorney in Miami-Dade County. Based on his achievements as a division state attorney in the county court division, he was asked to become a committed prosecutor and manage the day-to-day courtroom activities of incoming assistant state attorneys. Once again, based on his success in this position, Mr. Kotler was asked to undertake and accepted the responsibility of being assistant crimes chief of misdemeanor crimes for the county court division for all of the misdemeanor crimes in Miami-Dade County, Florida. After his time as assistant chief of misdemeanor crimes, Mr. Kotler took on felony level cases and in that time, prosecuted and tried cases ranging from simple drug possession to murder, in addition to “white collar” and economic crimes. Mr. Kotler completed his time with the Miami-Dade County State Attorney’s Office as a career criminal/robbery division prosecutor wherein he prosecuted violent career criminals and those involved with sophisticated robbery schemes. Mr. Kotler is admitted to practice in Florida, the United States District Courts for the Southern and Northern Districts of Florida, and the Supreme Court of the United States. In 2009 Florida Super Lawyers Magazine deemed Mr. Kotler a rising star, an honor bestowed on a minority of attorneys practicing in Florida. His professional affiliations include the Criminal Law Division and Trial Lawyers Division of The Florida Bar, the American Association for Justice, the Florida Justice Association, the League of Prosecutors, and the National Association of Criminal Defense Lawyers, Association of Certified E-Discovery Specialists and the Florida Bar UPL Committee 15B. He is a former member of The Florida Bar Unlicensed Practice of Law Committee Number 11, and the Dade County Criminal Courts Committee. He has been asked to and each year volunteers his time as an instructor for the Intensive Trial Advocacy Program at Widener University School of Law in Harrisburg, Pennsylvania.

David Kotler has 0 Past Jobs with LegalAdvice.com