10/10/12, 1:01 pm
My dad had a power of attorney for health and property drawn up and wanted both me and my sister on there as equals and his lawyer said that could not be done. So one of us is the agent and the other co successor so the second one hasn't much to say unless something happens to the agent and he does not want it like that can we both be equal agents on these documents. He doesn't want problems of any kind in the end with one having full control. Thank You
Share This: 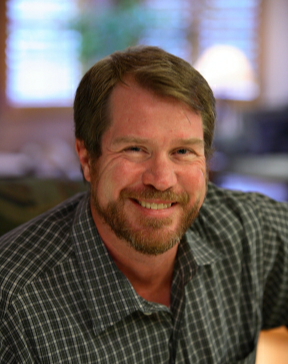 Your father's lawyer was correct. Under Illinois' Durable Power of Attorney Act, which was revised most recently on July 1, 2011, there can only be one agent under a Durable Power of Attorney at one time. Agents are named in succession in case the previously named agent is unwilling or unable to act as agent. If you think about it, the rule really makes sense. In an emergency situation, the Doctor needs a decision on how to proceed; the Doctor does not want a group of people coming up and given a multitude of conflicting answers. However, there are several alternative provisions that can be added to a Durable Power of Attorney to ease your father's concerns. First the new act provides that attached to the Power of Attorney is a Notice to Agent which explains the Agent's duties and advises of prohibitive acts. The liability of an agent under a Durable Power of Attorney since the agent is acting in a fiduciary capacity is very high for any breach. The new Act elevates the agent’s standard of care, requires more oversight of the agent’s actions, and expands the remedies against an agent who abuses his or her fiduciary responsibilities. The new Act also requires the agent to maintain an accounting of receipts and disbursements and significant actions at all times, not just when the principal is incapacitated. However, to ease your father’s concerns additional requirements and rights can be added to the Durable Power of Attorney, including the requirement that the first agent disclose all actions to all successor agents, and provide all successor agents with financial accountings no less than quarterly. A clause can also be added requiring the agent to discuss all major decisions with all successor agents prior to making a decision, however that type of provision might prove difficult to enforce. Good luck.


Disclaimer. The information contained in this answer is provided for informational purposes only, and should not be construed as specific legal advice, further is not intended and it does not constitute or create an attorney-client relationship between The Law Office of James C. Siebert & Associates and any recipients. No recipient of this answer should act or refrain from acting on the basis of this answer without seeking the appropriate legal advice on the particular facts and circumstances at issue from an attorney licensed in the recipient's state. Under Illinois ethical rules answers to questions might be considered as advertisement and therefore please consider the answer to the question is ADVERTISING MATERIAL.