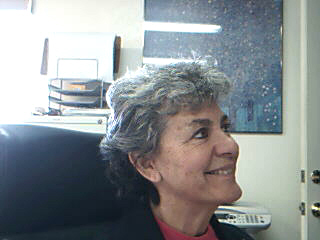 Maxine de Villefranche is an attorney and a notary public. She has been a general civil practitioner since 1992. She practiced in the San Fernando Valley, a large community in the northern part of Los Angeles for the first 11 years. She arrived in Tehachapi in 2003, where she initially practiced from her home in Alpine Forest. She established her present location in February 2005. When she first became an attorney, she was working as the collection department manager of a major Century City intellectual property law firm. She was then hired by a small general civil law firm in Glendale. After 6 months there as an associate attorney, she started her own firm, which she has operated continually since April 1994. Maxine de Villefranche has been writing a legal column for the local newspaper, the Tehachapi News since June 2004 to provide information to the community. The column is a question and answer format, with questions from anyone about all types of legal subjects which are being answered as succintly as possible by the attorney. However, the Tehachapi News has changed its format in September 2008 and has stopped publishing the Legal Eaze column. The editor claimed "The column will be published when there's room for it to be published." Apparently, there has been no room since the middle of August 2008. As a result, the Legal Eaze column will continue to be published on my website alone, unless and until the editor of the Tehachapi News reconsiders the "room issue". I am a general practitioner, in the following areas of law: family law, spousal support, child support and custody, bankruptcy, estate planning, real estate and property law, collections (representing the creditor and'or the debtor), landlord-tenant law (evictions), foreclosure law, general civil litigation, animal law, DUI, traffic citations, and many other areas of law not easily defined.

Maxine De Villefranche has 0 Past Jobs with LegalAdvice.com