01/01/13, 3:03 pm
I'm 44 years old with no criminal history and a Phd in physics and went off my rocker slightly last January and did something a bit crazy with which the police have twisted and distorted into something that it was not and have charged me with felonies. Some months later a bit of Zyprexia put me back on track again. I've never been in trouble with the law before and common sense tells me they would have to have different ways of treating the mentally ill, drunks and cold calculating criminals. Last January, I was experiencing some mental difficulties and went into Target to ask for a telephone directory. Keep in mind I also did not sleep for 48 hrs before that either. The Customer service rep handed over the directory and I accidentally opened it to a lawyer page, where the lawyer was saying I'll get you off for murder, I'll get you off for this and that. Having lived most of my life in the UK and being both exhausted and mentally ill I thought it was a joke directory, and went and wrote a ransom note on the back of an envelope then grabbed some chocolate gave it to her and held up the note. When her jaw dropped (I expected her to laugh) I pulled the note back and apologized profusely and explained why I did that. Then I walked off to their cafe and sat there. Some time later the police came and arrested me, and now they are claiming I pulled the note back when security walked over, (which is a lie- security was not there) ie a foiled cold calculated robbery and are charging me with an attempted robbery felony. This doesn't even make sense. I have a Phd don't you think if for some insane reason I decided to hold up Target that I might at least have the note pre-written before going into the store and most especially not on an envelope with my name and address on it, and -hello- I think I would also have been wearing a wig, hat, glasses and oversized coat. It's so unfair what can I do? I'm broke (lawyer fee wise), are there any organizations or groups that can help me?
Share This: 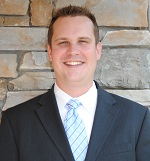 Yes. You u desperately need a criminal defense attorney. You ll want to ask the court too appoint the public defender to represent you.