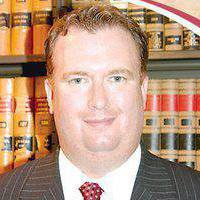 NO RATING
The Burns Law Firm

Attorney Tim Burns has been operating his regional general law practice in historic Ebensburg, Cambria County for nearly a decade. His office, located an hour and a half east of Pittsburgh, is conveniently located just steps from the Cambria County Courthouse. A Johnstown native, he received his Bachelor of Science Degree in Political Science and Secondary Education from St. Vincent College in Latrobe, and his Juris Doctorate from Duquesne University in Pittsburgh where he served as Editor-in-Chief of Juris, the school’s award winning legal newsmagazine. Prior to opening his law office, Attorney Burns was an Associate in the prominent Johnstown law firm of Spence, Custer, Saylor, Wolfe & Rose. He then served as a Judicial Law Clerk to Cambria County Judges Thomas A. Swope, Jr., and James R. DiFrancesco where he helped author hundreds of decisions and orders. Since opening his own law office, Attorney Burns has received a number of honors, including being recognized as an “Up and Comer 35 and Under” by Johnstown Magazine, “Success by 35” by Johnstown Business Weekly, named to“The Top 100” business leaders in 2008 by Central Pennsylvania Business Weekly, and as a “Rising Legal Star Under 40” by Philadelphia Magazine and Law and Politics Magazine from 2005 to 2009. In 2005, he was a recipient of the Cambria County Bar Association’s President’s Award for Community Service, and from 2006 through 2010, he has been nominated by the readers of the Johnstown Tribune-Democrat newspaper as “Simply the Best Attorney”. In 2011, he was admitted to practice before the United States Supreme Court. Attorney Burns has been active in a number of legal organizations including serving four years on the Board of Managers of the Cambria County Bar Association, and a three year term on the Pennsylvania Bar Association’s Board of Governors where he served as Chair of the state’s Young Lawyers Division. He also holds memberships in the Blair County Bar Association, Allegheny County Bar Association, the Pennsylvania Association of Township Solicitors, and the Pennsylvania Association of Criminal Defense Lawyers (PACDL). For several years, he organized the Cambria County High School Mock Trial Competition, and has spoken at several law schools regarding the practice of law. Locally, Attorney Burns represents a number of non-profit organizations including the Roxbury Bandshell Preservation Alliance, the Challenge Program and the Greater Johnstown Sportsmen’s Association. He also provides pro-bono legal services to a number of area churches of all faiths, and serves on the Cultural Affairs Committee of the Greater Johnstown Chamber of Commerce. Lastly, he is a member of the Young Professionals of the Alleghenies where is serves on the Board.

Tim Burns has 0 Past Jobs with LegalAdvice.com