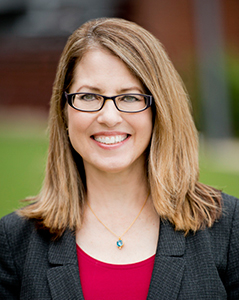 Leto practices in the North Carolina state and federal courts, and before the North Carolina Industrial Commission. She handles cases of workplace injury and mistreatment, personal injury and wrongful death, and sexual harassment and sex abuse. She has the highest rating (5.0/5.0) for legal ability and ethical standards given by Martindale Hubbell. She has been listed in the Best Lawyers in America in the area of workers’ compensation since 2005. Since 2006, Leto has been included in the list of North Carolina Super Lawyers published by Law and Politics Magazine. In the same magazine, she was listed as one of the top fifty women lawyers in North Carolina from 2006-2009, and in 2014. Leto regularly lectures and gives practical advice to her colleagues in the law. She has taught in continuing legal education programs sponsored by, among other groups, the North Carolina Advocates for Justice, the North Carolina Bar Association, the North Carolina Association of Women Attorneys and the Labor and Employment Section of the American Bar Association. Leto has served various leadership roles in the North Carolina legal community. She is currently a member of the Litigation Section Council of the North Carolina Bar Association, and is a member of the Advisory Board of the National Crime Victim Bar Association. Leto previously served on the NCBA Labor and Employment, Law Practice Management, and Constitutional Rights and Responsibilities Section Councils. For five years she was a board member of Legal Aid of North Carolina. She has served as President of the North Carolina Association of Women Attorneys, and in various leadership positions with the North Carolina Advocates for Justice, serving as previous Chair of the Workers’ Compensation Section. Leto believes in public service. Her first job after being admitted to the North Carolina Bar in 1984 was as staff attorney with Legal Services of Southern Piedmont. She is actively involved in her church, St. Philips Episcopal of Durham, where she has served as a youth group leader and on the church vestry (governing board). For four years she served as the American Sign Language interpreter for the church, and in 2010, she was profiled in Law and Politics Magazine in an article entitled “The Interpreter”, which told of her participation as a team interpreter on a medical mission trip to Honduras. Leto is also an enthusiastic member of Rotary International and is currently president-elect of the Hillsborough, NC chapter. Leto moved to North Carolina in 1983, right after graduating from Harvard Law School, to work as a law clerk to the Honorable James E. McMillan (a native of McDonald, NC) of the United States District Court for the Western District of North Carolina. She immediately felt a harmony with the state and its people, and has never left. In her practice, she primarily represents individuals, since she has never forgotten the years when she had to fully support herself as an auto parts worker, house cleaner and waitress.