10/24/12, 11:11 am
The apartment complex I currently live has wrongfully accused/charged both I and my roommate for trash left outside of our apartment. Not just 1 but 3 bags. They have claimed that they searched the bags and found something with our names on it. We have never in any case done this, but our neighbors constantly do. That being said, they have real proof other than telling us it was ours and that they found the pieces of paper with our name on it. They also claim that we each received a letter stating the fee - which we didn't. So, I realize they can legally charge for trash, which makes sense, but they've charged us without any solid proof, and both I and my roommate know that what they claim didn't happen. Can I legally not pay this fee and fight this in small claims court should they decide to take it there?
Share This: 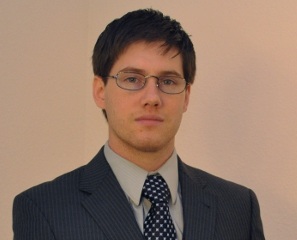 Not knowing anything about your lease, they'd generally have to sue you for the fee. The trash fee goes to the owner of the property, which is your landlord presumably. That means they have to pay it and then try to get the money from you somehow. If they have proof, they can show it to the court and have the judge decide if you, in fact, do owe the fee because you were responsible; however, if they don't have proof, the burden of proof is on them and that makes it harder for the court to rule against you. Now, if they take you to court and win, you may have to pay the court and legal fees as well as the penalty, but if they lose, they'll have to absorb the cost. Furthermore, if your lease says anything to the contrary, the lease will override whatever the general rule is. Unfortunately, the fact that your neighbors leave trash out doesn't help your case unless it does go to court, in which you're going to try to convince the judge that it was more likely than not the trash of your neighbor, not you.


No attorney client relationship is established until a written agreement stating such is signed by both parties. Any information obtained from this or other websites is for educational or promotional purposes only.