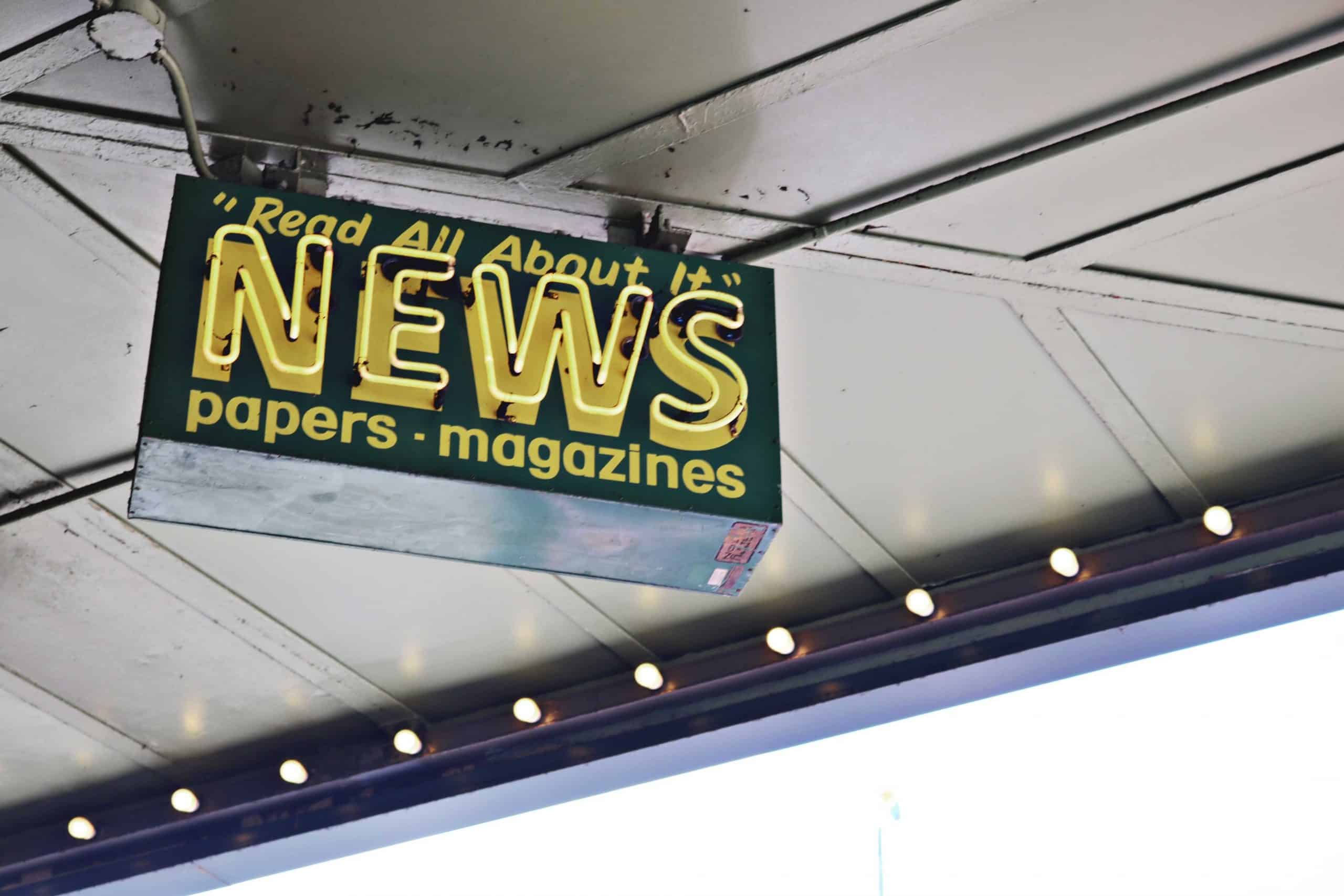 The right to a fair trial is a cornerstone of the American trial by jury system. In both civil and criminal cases, a fair trial by impartial jurors can be compromised by public interest or media coverage that affects the jury’s independent judgment or unfairly sways the proceedings. The risk of the media influencing a jury is particularly great in high-profile criminal cases where a defendant’s civil liberties are at stake.

This article explores the interplay between the constitutionally protected rights to a fair and public trial and the freedom of the press, the effect mass media can have on a fair trial, and the tools the legal system employs to try to minimize the impact of media on trials.

The Sixth Amendment Right to a Fair Trial

First Amendment Freedom of the Press

The freedom of the press guaranteed by the First Amendment is another fundamental right guaranteed by the Constitution that affects the right to a fair trial and interplay's with the Sixth Amendment right to a fair trial. The First Amendment protects the press from government censorship. The Supreme Court has held that the press has a constitutionally protected right to report truthful information released in court proceedings. However, the Supreme Court has also held trial courts must limit the media’s influence in order to preserve the right to impartial proceedings.

The O.J. Simpson murder trial is probably the first case people think of when they think of media coverage in a criminal trial. Many years before that trial, the pivotal case of Sheppard v. Maxwell demonstrated the effect media attention and a robust interpretation of the First Amendment freedom of the press can have on a criminal trial. The defendant in Sheppard, a prominent doctor and socialite in Cleveland, was charged with the murder of his wife, Marilyn Sheppard, after she was beaten and killed one evening in their home. Mr. Sheppard claimed that on the night his wife was killed, he struggled with an intruder and was knocked out. However, there was no evidence of a break-in and it was later discovered Mr. Sheppard was having an affair.

During trial, local newspapers published the names and pictures of the jurors. The media aired daily incriminating publicity about the defendant and frequently referenced unfounded claims and charges irrelevant to the case. The trial judge allowed the case to proceed, despite motions by defense counsel to delay the trial until the publicity calmed down. Members of the press were granted seats inside the bar in close proximity to the jury and counsel, providing little privacy. The media also occupied an entire press room inside the courthouse throughout the trial.

The jurors were not sequestered until deliberations and had access to the media throughout the case. The trial judge acknowledged that he could not prevent the media from reaching the jurors. Throughout the case, Mr. Sheppard maintained his innocence. The jury ultimately convicted Mr. Sheppard of second-degree murder, and he was sentenced to life in prison.

On appeal, Mr. Sheppard argued the influence of the media on the jurors unfairly swayed them and affected his right to a fair trial. The Sixth Circuit Court of Appeal reversed the conviction on the grounds that the massive and pervasive publicity surrounding the trial was prejudicial and prevented Mr. Sheppard from receiving a fair trial. The Sixth Circuit further argued that freedom of discussion must not prevent a defendant from receiving the due process guaranteed by the Constitution. The court found that the trial judge failed to adopt procedures that would help ensure a fair trial, such as more restrictions on the media’s attendance of trial and supervision over their conduct.

The Supreme Court agreed to hear the case on appeal from the Sixth Circuit. In an 8-to-1 decision, the Supreme Court affirmed the Sixth Circuit’s ruling and held Mr. Sheppard did not receive a fair trial. The Court reasoned that freedom of expression cannot be given so much latitude that it jeopardizes criminal trials from objective, calm, and solemn adjudication. The Court noted that the widespread media coverage that tended to show only incriminating evidence against Mr. Sheppard and the presence of the media in the courtroom influenced the jury such that Mr. Sheppard was deprived of a fair trial.

Upon retrial, Mr. Sheppard was acquitted. The Sheppard case was one of the first criminal cases where the Supreme Court discussed the pervasive effect media can have on a fair trial. The Supreme Court also explored the ways trial judges can use certain mechanisms to promote fair trials.

There are ways that courts can promote fair trials and mitigate the effects of the media on the jury or criminal proceedings as a whole.

Voir Dire is a cornerstone of the American jury trial system. The Sixth Amendment right to a fair trial includes the right to be tried by a jury composed of a cross-section of the defendant’s community. Voir Dire is the initial process of interviewing potential jurors by either a judge or counsel. The phrase is French for “to speak the truth,” and entails the judge and counsel for both parties asking jurors' questions to determine their ability to be impartial and their fitness for service. The questions allow counsel to find out about the jurors backgrounds, including education, socioeconomic status, life experiences, and family history. In criminal cases, Voir Dire will also focus on whether the potential jurors have ever been the victims of crime.

Voir Dire can help combat the effect of mass media on a trial because the court can determine which jurors are more susceptible to media influence. If a juror habitually watches the news or has high internet and social media engagement, that juror may be less able to ignore new coverage surrounding a case.

In order to combat the influence of mass media, courts must use Voir Dire to ask questions that explore the role of social media and mass media in each juror’s life in order to ascertain whether the juror will be able to remain entirely impartial.

Sequestration is the isolation of a jury from the public in order to help retain the integrity of the proceedings. Jurors are placed in an undisclosed location and kept under constant surveillance. They are denied access to television, media, and have limited contact with their families. The purpose of sequestration is to prevent the media, public influences, or other outside influences from tainting the jury.

Sequestration is highly unpopular with juries because it can leave them isolated from society and their families for days, weeks, or even months. Sequestration is rare, but can be an effective way to reduce outside influence on juries in high-profile cases. The Supreme Court in Sheppard argued the trial judge should have raised the possibility of sequestration with counsel as a way to combat the extensive media coverage in that case. The Sheppard jury was sequestered during deliberations, which the Supreme Court noted was too late to mitigate the effect of the media. Failing to raise the issue of sequestration earlier on in the trial was one of the reasons the Court held the trial judge failed to fulfill his duty to protect the defendant from prejudicial publicity.

Change of trial venue is another way to combat the influence of the media on a trial. The Supreme Court has held that change of venue is guaranteed by the Sixth Amendment in order to ensure the defendant has an impartial jury. A change in venue is usually an option where other methods are unavailable or have been unsuccessful in preventing the media from affecting the trial. The Supreme Court noted in Groppi v. Wisconsin that Voir Dire and continuances may be insufficient in trials where “because of prejudicial publicity or for some other reason, the community from which the jury is to be drawn may already be permeated with hostility toward the defendant.”

Changing venue to an adjacent jurisdiction whether the jurors are unaware of the case or where there is less publicity may mitigate the media’s effect in a high-profile case. The Federal Rules of Criminal Procedure, Rule 21 allows a defendant to file a motion for transfer of trial, which must be granted where the court finds “so great a prejudice against the defendant exists in the transferring district that the defendant cannot obtain a fair and impartial trial there.” The same rules generally apply in state criminal courts.

In Sheppard, defense counsel made a motion for change of venue, which the trial judge denied. The Supreme Court noted in its opinion overturning the conviction that Mr. Sheppard’s case likely warranted a change in venue given the high-profile coverage and public interest in the case.