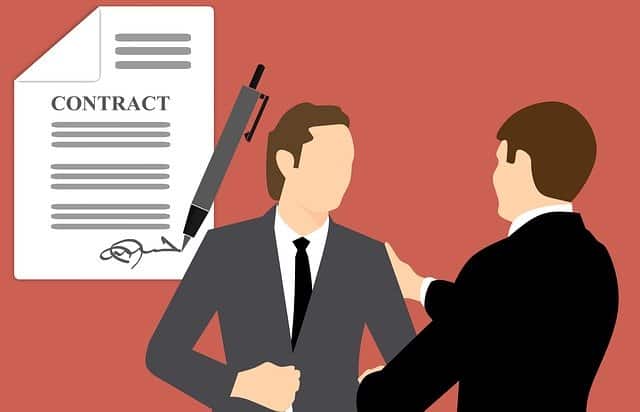 The scope of a restrictive covenant oftentimes comes under scrutiny by the courts since these clauses can sometimes be very broad and employees are then unable to earn a living. Courts are willing to enforce restrictive covenants that are not overly broad in recognition that businesses hope to protect their business interests, but not at the expense of a person’s right to earn a living. These competing policy interests will become clearer upon examination of the various types of restrictive covenants outlined further in this article that are utilized by a business.

Most states will analyze a restrictive covenant based on a "reasonableness" test. The analysis is a fact-specific test that is grounded in common law. As such, courts generally will enforce a restriction under the following conditions: The terms of the agreement (1) must be no greater than is necessary to protect the employer's legitimate business interests, (2) do not impose undue hardship on the former employee, and (3) is not injurious to the public.

Quite often, a business will seek to prevent an employee from leaving and going to work for a competing business in the same exact industry by enforcing a non-compete covenant. A non-compete restriction is the most burdensome type of restrictive covenant from the employee’s viewpoint and are therefore the most frequently litigated.

From the employer’s standpoint, it is contrary to a business’s interest to have one of their employees, who has often been trained at significant cost and expense of the employer, then leave to go and work for a competing business, where their expertise will be used to take business away from the employer and essentially hand it over to the competing business. This is particularly true for salespeople, who are quite often the “face” of the business and with whom the customers may have become friendly and loyal.

From the employee’s standpoint, a non-compete restriction is extremely onerous. To prevent employees from using their expertise to find the best job possible on the open market may even seem unreasonable. Historically, many courts have agreed with this viewpoint.

These types of restrictive agreements prohibit former employees from soliciting their former employer's current, prior, or prospective customers. As is the case with most types of restrictive agreements, these disproportionately affect salespeople. From salespersons’ perspective, their “book of business” is typically created through their individual efforts, and they may believe they have a legitimate interest in their customer lists. On the other hand, employers usually take the stance that the salesperson is selling the company’s products or services, and that the customer list was created on company time and belongs to the company.

In the business world, a type of compromise has traditionally been agreed to, either expressly or implied. In this informal arrangement, departing employees are generally allowed to merely notify their customers that they are leaving the company, without actively soliciting those customers.

As discussed above, any agreement between companies not to solicit each other’s employees likely violates antitrust law. However, an agreement between an employer and an employee preventing a departing employee from the same solicitation is much more likely to be enforced, although certainly risky for the company in the current business law environment.

These types of restrictive covenants prevent departing employees, or existing employees for that matter, from disclosing a company’s confidential information. They are the most likely to be enforced. Courts and legislatures are generally willing to allow companies to protect their confidential information, which for many companies is the most critical asset they have.

In fact, many companies, within any employment agreement with employees, set out meticulously detailed and comprehensive descriptions of what their confidential information consists of. Most companies, especially those for which confidential information is exceptionally important, depend on both intellectual property protection as well as contractual protection in the form of non-disclosure agreements.

“Garden Leave” agreements are relatively new to the restrictive covenant landscape. These agreements require employees to give notice, for a specified length of time, of their intention to leave the company.

Traditionally, employers and employees had an often unspoken understanding that employees would give employers two weeks’ notice of their intent to leave, employers would typically provide two weeks of severance pay, and the employee would no longer be required to show up for work. Employers recognized that keeping departing employees within the workplace after they have decided to leave was unproductive for both parties.

However, garden leave agreements often lead to a circumstance where the employee remains employed but does very little actual work. This type of arrangement is uncomfortable for both parties, and therefore these agreements have not gained the traction in the U.S. that they have in European countries and the U.K.

The enforceability of a covenant frequently depends upon the political leanings of any given state. For example, in the state of California, historically a liberal-leaning state, non-compete covenants have frequently been found to be unenforceable when they restrict employment, as the voters in that state tend to favor worker’s rights over business interests. Other, more conservative states are more likely to enforce a non-compete covenant, with the effect of promoting the interests of big businesses and hoping the accompanying tax revenue finds its way into the state from business-friendly policies.

Most states impose some type of “reasonable” subject matter, time, and place restrictions designed to protect a business’s interests only to the extent deemed necessary. So, an enforceable non-compete agreement may restrict a former employee from engaging in competing sales for a three-year period within the same county as the former employer’s business. Other states may only enforce non-compete agreements under very limited circumstances, such as restricting a person who has sold a business from starting up a new business. Other states may have restrictions on the type of business rather than the activity.

There has been an increasing interest on the part of the DOJ in finding that agreements made between companies that suppress worker rights are violations of antitrust laws, and even threatening criminal sanctions. It remains to be seen how aggressively these federal agencies will be when it comes to enforcement of restrictive agreements.

It should also be noted that there is not even consensus on whether restrictive covenants reflect an arm’s length “agreements. In her comments at the FTC Workshop in January, 2020, FTC Commissioner Rebecca Kelley Slaughter stated, “[o]ne of the concerns that I have about [restrictive agreements] is that they rarely represent real agreements and are instead restrictions unilaterally imposed upon workers by their employers.” Nonetheless, it has never been a requirement that both sides have equal bargaining power to find an enforceable contract, but it does demonstrate just another political demonstration of the policy debate.

It remains to be seen whether there will ever be more uniform law on how restrictive covenants are treated among the various states, but the right to pursue a particular occupation has not historically been considered a “fundamental right,” and therefore the Supreme Court has paid little attention to the argument that the 14th Amendment Due Process Clause guarantees any such a right. In other words, there is not likely to be a federally protected and unfettered right for employees to work as they choose anytime soon.